Just typing that subject line makes me snicker, thinking how ticked Vlad would be if he could see it. His feelings aside, I have good news for you, readers! INTO THE FIRE, the fourth and final Night Prince novel featuring Vlad and Leila, is only sale for only $1.99 in ebook. This is a flash sale, so it ends on April 8th. Sale guaranteed for US residents only. 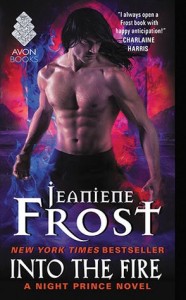 For nearly six hundred years, Vlad Tepesh cared for nothing, so he had nothing to lose. His brutal reputation ensured that all but the most foolhardy stayed away. Now falling in love with Leila has put him at the mercy of his passions. And one adversary has found a devastating way to use Vlad’s new bride against him. 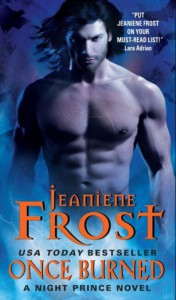 Vlad Tepesh inspired the greatest  vampire legend of all—but whatever you do, don’t call him Dracula. Vlad’s ability to control fire makes him one of the most  feared vampires in existence, but his enemies have found a new weapon against  him – a beautiful mortal with powers to  match his own.

After a tragic accident destroyed her dreams, Leila never imagined that the worst was still to come: terrifying powers that let her channel electricity and learn a  person’s darkest secrets through a single touch. Leila is doomed to a life of  solitude…until creatures of the night kidnap her, forcing her to reach out  with a telepathic distress call to the world’s most infamous vampire…