Up From The Grave

You are here: Home / Night Huntress / Up From The Grave 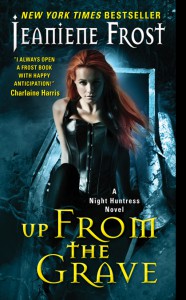